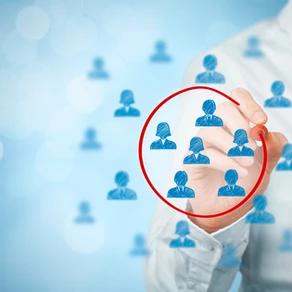 Twitter is one of those Marketing ‘Tools’ which I suggested last week could provide a new way to reach out to customers and prospects (as well as partners and other stakeholders) in this Digital world. But what does that mean in practice?

In a US software company I previously worked at, when Facebook was starting to become the phenomenon it now is, you may recall that the debate was raging around whether individual employees were accessing Facebook during work time, the impact this would have on productivity, privacy issues around data on the site and what companies’ policies should be regarding this. This is just one example of the impact of social networking, which breaks down barriers between ‘personal’ life and ‘work’ life, on marketing and business strategy. My employer thought it would be cool and create some publicity, while many companies were tightening up corporate firewalls to prevent access to Facebook, to declare that we were embracing it and using it as the corporate ‘Intranet’. It was really a stunt – and while it did promote use amongst employees, and create publicity, it was not really accompanied by any thought through strategy of engagement with the technology and its potential.

Arguably by exposing company information to anyone’s gaze and trysting employees to self-censor, it did more to expose the company to risk than it gained in ‘free’ publicity.

So what of Twitter? As with Facebook, many people have joined Twitter as individuals, without necessarily thinking about their workplace – others of course have joined with a business-focused intent. How does a company combine the two? How does Marketing leverage the power of the tool to engage with stakeholders and create new communities of interest, without simply using it as a one-way advertising medium? More importantly, how do we measure its impact on the rest of the marketing mix and its overall ROI?

In my current company we have a corporate Twitter account, as many do, along with our corporate Blog, a PR/AR firm and a YouTube channel. We are looking to combine the power of all of these media in as part of our brand awareness activity and to engage directly with influencers in our market. Like many others, we also promote events and offers via the tool.

At a tactical level we can point to the impact of these media on the take up of certain marketing tactics (event registrations, web hits, downloads etc). But what kind of sustained impact should we be looking for? How much resource and investment is ‘right’ based on the associated returns? I can’t pretend I know at the moment, and we are testing this and looking for media-relevant ways of measuring success. At the moment, I regard it a little like PR – important, necessary but ultimately a bit slippery when it comes to pinning down its overall contribution to business growth or other more financially-specific metrics. And the danger of that is that when it comes down to securing budget for investment in a down economy it is unlikely to fair as well as direct lead generation efforts.

In high-tech markets, heavily reliant on Sales as the primary tactic for winning business, ‘leads’ is what the Sales organization wants (more on what a ‘lead’ is in a future Blog!) so any activity which can not be measured in terms of leads passed to Sales is likely to get short shrift. Awareness and interest obviously generate action in the longer term, but how to make the connection? From a strategy point of view, it comes back to the fundamentals: who are we targeting; what is their buying cycle; what tactics should we deploy at different stages of the buying cycle to move buyers forward and ultimately sell something?

I believe Twitter, and social networking in general, is going to continue to create a major upheaval in marketing engagement. The skills we will need as marketers, the tactics we will be deploying and the metrics we will be using to justify our campaigns, are going to continue to change fundamentally. We are already seeing major changes to traditional media – particularly display advertising and print mail. But our marketing objectives and a firm grasp of strategy must determine how – or whether – we use Twitter and the other tools in our armory, rather than because they are ‘cool’.