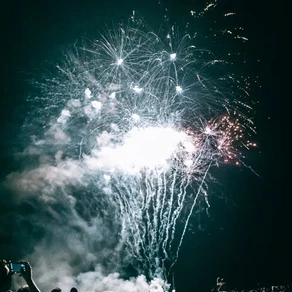 Thoughts on 2010 for B2B Technology Marketing

It’s that time of year: time to reflect on what became of 2010 and look forward (hopefully) to 2011. For the B2B marketer, particularly in technology markets, 2010 seemed to be significant for three things:

Marketing Automation
With the acquisition of Unica by IBM, followed by the recently announced acquisition of Aprimo by Teradata, a period of consolidation has started in the marketing automation market, reflecting a growing maturity and use of these tools in day-to-day marketing campaigns. Adding Unica to the analytics and reporting capabilities of Cognos and Coremetrics, IBM is seeking to provide integrated sales and marketing platforms which focus on metrics and data to provide real-time customer intelligence in the pursuit of revenue growth. Eloqua launched Version 10 of its leading platform for B-to-B marketing automation, completely redesigning the interface and workflow usability and opening the door for traditional Marketing campaign managers to catch up with their digital campaign cousins.

Social Networking
2010 may be seen as the year of social media. Twitter has released figures showing that 50 million tweets are sent a day across its network (compared with an average of 5,000 just 3 years ago). Facebook meanwhile boasts half a billion users of which half on average are logged on per day. My search on LinkedIn came up with over 670,000 English-language groups – there is definitely an appetite for sharing information. It remains to be seen how effective these media are in influencing B-to-B sales. Even more difficult will be assigning ROI to social media channels, when they become just one of many customer touch-points.

Marketing ROI
Marketing performance management (MPM), Marketing operations, Revenue performance management (RPM) – these and many other terms have more frequently entered the marketing lexicon in 2010. The one thing they have in common is a focus on identifying the financial returns from expenditure on marketing. This recognition of the need to justify Marketing’s contribution to the enterprise based on it showing a healthy return on investment is an idea that seems to have come of age in 2010. My good friend Jim Lenskold wrote the book on this back in 2003 so it is good to see companies embracing marketing metrics, underpinned by contact databases and automated marketing platforms, to show that each dollar invested can show a $4, $5 – or whatever – return. ‘Can’ is key here of course because this isn’t easy – you have to measure the right things, often over a long period of time and processes and data need to be carefully monitored to ensure that the information needed to support the metrics is gathered consistently. As we know, even getting Sales to complete a few fields in the CRM system is difficult, so full visibility of marketing returns may be impossible. But the journey is beginning and 2010 showed that it is becoming the responsibility of more people, often in senior positions, to take the first steps.

2011: more of the same?
I won’t run the risk of making any predictions for 2011. While I believe the 2010 trends, above, will continue and be reflected in the skill-sets required of marketing professionals, the fact that technology is playing a greater part in marketing execution also makes it more unpredictable. The mobile channel, location-based marketing and other factors may also leave a more significant mark in the forthcoming year.

Whatever happens, have a good one!