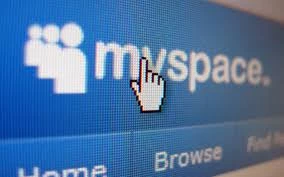 What Did MySpace do Wrong…. if Anything?

Time Magazine reported yesterday that MySpace is expecting to be sold off imminently by News Corp, but in the meantime was expecting to reduce its workforce by 50% by the end of the month! That is a significant turnaround for the business, which had conceded that Facebook was Top Dog in social networking last November.

Dominating the Category
On the back of my last Blog which looked at the strides both Facebook and Twitter made this year, this news made me think once again about the short window of opportunity new technology start-ups have to establish market dominance of a major market segment. As a company that launched in 2003 and was sold in July 2005 for US$580 million, MySpace represents a spectacular rise and fall over the two years of 2009 and 2010 as Facebook became the go to site for networking and maybe the seeds of this change were captured in the changing user demographics of each site as Facebook opened its doors beyond its college community roots.

The ‘Internet factor’ obviously played a huge part in this dramatic rise and fall due to the speed with which technology has developed in our connected world – Twitter has come from nowhere to be worth a reported $3.7bn – but can it make money, or is it destined for a MySpace swan dive? And what role does Marketing play in building brand and repeatable revenue streams in these businesses?

Tracking Buyer Behaviour in a Connected World
Of course, B2B businesses are less likely to rise and fall in quite the same dramatic fashion, as enterprises are relatively slow to adopt new technology due to the need to manage the risk of change and clearly demonstrate ROI. But the development of business communities – on Linked-In and Facebook, or more loosely connected on Twitter – present a challenge to all marketers to understand all the influences, formal and informal, or buyer behaviour.

Knowing how to embrace tools to help influence the influencers – and turn it into cold hard cash – could be just about the most important weapon in a marketer’s armoury in the coming years.